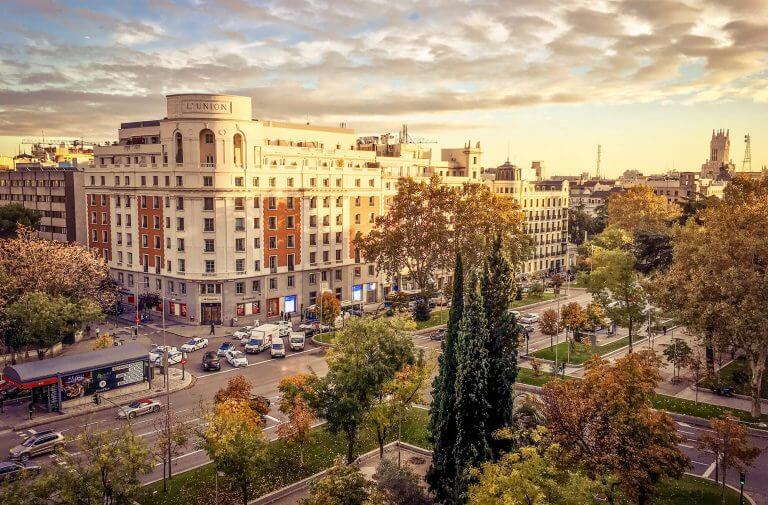 (English versión translated from the original in Spanish at El Pais )

These days the buyers of one of the promotions of flats under construction on Maricara Street, in the neighbourhood of Butarque (Madrid), have an important appointment. Perhaps the most important of the last 24 months is worth entering for the first time in their new apartments, those that have been paying for 2 years. There will be just a few minutes, enough time to record the deffects in a form (“Snag List”) and communicate them to the technicians of the promoter. The enthusiasm and expectation are reflected in the faces of the buyers who are arriving and who, in a few weeks like when they receive the license of first occupation, will be able to move to their new home.

This scene returns to be habitual in many Spanish cities. The sale of new construction housing grows at a faster rate in the transactions of resales. In the first quarter of the year, 26,100 new buildings were transferred, 14.4% more than in the same period of the previous year. On the other hand, only 1,535 more resales were sold, which represents an increase of 1.4%, according to INE (Spanish Official Statistics Data). These properties that are now delivered to their owners are the first ones of the new cycle which started the first day after the pick of the Spanish bubble real estate

In 2008 construction was paralysed throughout Spain, and it continued until the end of 2015, when it began to give positive signs. Therefore, in the last 8 years people who needed to buy houses had no choice but to go to the second hand (resales), which became the lifeline of the market. Now the new generation promoters begin to deliver the projects that started in 2016/2017.

«It has been between the end of 2018 and this year when a large part of the works of the residential projects of the new stage are being finalized, and it is now when the buyers are completing these purchases,» says Mario Lapiedra, General Director of Real Estate at Neinor Homes.

In other words, the statistics of the INE correspond to «the new ones that have been sold 2,5 years ago between private contract and completion by their buyers at the notary«, says Daniel Cuervo, secretary general of APCEspaña. Hence the pull of the new buidlings. «We must not forget that we start from very low figures so new buildings transactions will continue to grow,» says Javier Sanchez, Director of Innovation and Marketing from Aedas Homes This developer delivered 231 homes in 2018 and in 2019 it will give the keys of 1.055.

Constant inflation of the second hand (6.2% in the first quarter of the year, according to the INE) has led some citizens to rethink the purchase and opt for the new building (which has risen 10.4%), a most attractive and best-built product as well as the most expensive. «The latest technologies, the most advanced materials and the disruptive common areas are hardly found in older homes,» says Teresa Marzo, general manager of Vía Célere, which in 2018 sold 1.142 homes. «Although the used ones are cheaper, the new ones are better in terms of qualities and more efficient, which translates into a saving of energy bills,» adds Cuervo.

The average price of resales sold in Spain last April was 1.569 euros per square meter and 2.092 euros for new ones, according to the Notarial Council. What throws a cost of 141.210 euros, compared to another 188.280 euros, for a property of 90 square meters. Obviously, it changes in the big cities, where a new building easily rises to more than 300.000 euros.

There is another reason, more important, to buy a new house: «It is paid in deferred form while the building is being built. Payment of resales is more strict «says Cuervo. On resales, the buyer must have at least 20% of the price, since mortgages usually do not cover more than 80%.

Despite the gradual change in trend, new buildings  currently accounts for only 10% of transactions. From April 2018 to April 2019 it has been sold 96.366 new units and 423.361 resales, according to INE. «The data is still reduced in relation to the 60% reached in the highest level of the cycle, the new ceases to be a consequence of the temporary recovery process of the sector, «says Juan Núñez Berruguete, Metrovacesa’s director of operations. ”A as the sector increase its activity challenges grow, the supply of new construction homes ready to be delivered will be gaining in importance in the coming quarters» he adds.

The Spanish buyer who seeks the new buildings is the replacement, according to the study the profile of the buyer 2019  prepared by Planner Exhibitions and  ST Sociedad de Tasación. «family situation has changed and you need a different property to the one you already have, and change one for another.»

«The couple that had a flat in 2008 and that after 11 years have increased their family unit needs more bedrooms. It is a profile with savings, and that uses the initial house to access to another that meets their new needs, «says Cuervo. This buyer has been surprised by a «recent noticeable expensive increase in its urban centres both used and rental housing,» argues Rafael Gil, director of the Service of Studies of Tinsa. And he adds: «they sacrifice centric location with prices more similar to those of resales in new developments in the peripheries«. The demand is replacing the one used for the new one, says Teresa Marzo de la Célere. And also in rent for the property.  74.4% of Spaniards buy apartments in height buildings, 10.4% single-family homes, 8.1% purchase attics and 7.1% access a lower one with a garden.

By number of bedrooms, almost half (49%) buy in 3-bedroom homes, 26% buys  4 BDR or more 24% buys  2 BDR and barely 1% buys only 1 bedroom, according to the analysis of Aedas homes. “usually the sale is of 3 bedrooms and 2 bathrooms with common areas including swimming pool, study room, gym, paddle, children’s playrooms and gourmet rooms or bar for adults, «adds Cuervo. The usable/living area is about 94 square meters.

In 2018, for the first time in 10 years,  new built was again granted to build more than 100.000 homes, according to the Ministry of Development. In the first quarter of 2019, these permits surpass the figure of the same period of the previous year by almost 20%. «It comes to reaffirm the rebound of the new building in its projection in the immediate future, after a long period of very modest activity «, argues Rafa Gil.

CADASTRAL VALUE-VALOR CATASTRAL – WHAT IS AND HOW IS IT CALCULATED